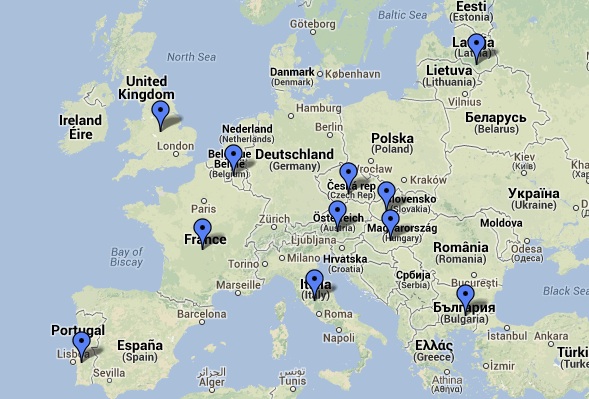 They say “Enough is enough!” to the European Commission.
“NO!” to a Single European Sky that jeopardizes jobs in Europe.

After almost 10 years of Single European Sky (SES) and despite the successful improvements with regard to safety, capacity, delays, efficiency and cost-reduction, the European Commission (EC) continues to describe the ATM system in Europe as being far too expensive, inefficient, over fragmented and based on outdated technical systems. The EC’s description does clearly NOT correspond with the reality.

The ATM industry is a service of general interest with public obligations for the Member States. The EC is putting the economic stability of the sector at risk by introducing competition, liberalisation and more and more market principles.

“We refuse the mandatory unbundling of the so called support services (MET, CNS, Training, AIS). In many countries these services are part of the ANSPs’ (Air Navigation Service Providers) core business and business plan, playing a crucial role with regard to ensuring safety in the European sky. We ask the Member States to take the same position as France and Germany, which clearly indicated that the new package is not needed” said François Ballestero, ETF Political Secretary.

“We reject a performance scheme dominated by cost reduction that mainly aims to cut on jobs! It puts safety in the European sky only as a second priority, in favour of the economic aspects, and such an approach is unacceptable for the ETF” added Riccardo Rubini, Chair of the ETF Air Traffic Management Committee. He continued: “The bottom-up methodology must remain the only way to build the Functional Airspace Blocks (FABs). The ETF also rejects a never ending process of liberalisation and cost cutting in the ATM industry that would reduce quality and the number of jobs”.