By ETF-ATM in Press Release, Single European Sky on December 17, 2013. 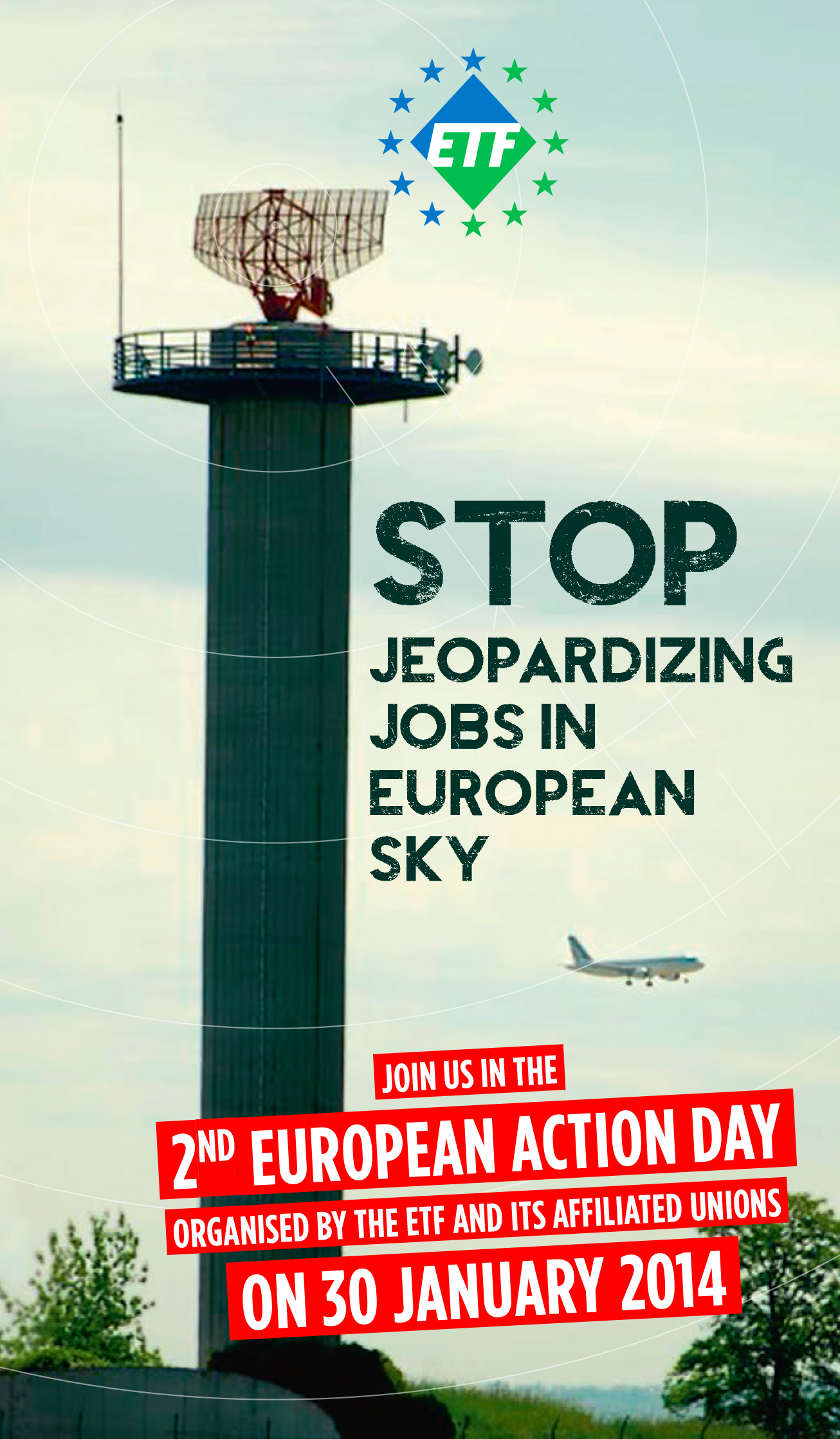 The European Transport Workers’ Federation (ETF) announced that Air Traffic Management (ATM) employees are mobilising for a new European Action Day on 30 January 2014 to demand the establishment of a fair, cooperative and social Single European Sky (SES). Air Traffic Controllers (ATCOs) and the entire ATM staff will hold parallel walkouts, rallies, meetings and strikes across Europe calling on the European Parliament to stop a never ending process of liberalisation and cost cutting in the ATM industry.

On 30 January 2014, the Transport Committee of the European Parliament (TRAN) will vote on the package called SES2+ based on market principles, top-down approach and cost reductions, which would jeopardize safety and the number and quality of jobs.

François Ballestero, ETF Political Secretary states: “The ATM staff is suffering from a performance scheme dominated by a continuing cost reduction and in which safety is not considered to be the first priority. The Commission intends to unbundle support services, which are sometimes the core of the industry, with the risk of creating a new fragmentation of the European sky. ETF rejects this approach, which doesn’t take into account the integrated public service role of the ATM sector. ETF calls the TRAN Committee of the European Parliament to stop dogmatic liberalisation of the ATM industry”.

Initially, the ETF supported the idea of the Single European Sky (SES) and has taken various initiatives, including via social dialogue, to make it work. However, today the pressure put on workers is becoming unacceptably high and the ETF will oppose any new package in which the social aspects of the SES are not properly addressed.

“If we oppose a unique model of Functional Airspace Blocks (FABs), it is because we believe the FABs must be based on strong cooperation and a bottom-up approach”, says Riccardo Rubini, Chair of the ETF ATM Committee. “We also ask the TRAN Committee to make the ‘human factor pillar’ binding in the future legislation. We are in favour of a SES that respects the jobs, the working conditions and the existing collective agreements. The ETF calls all ATM workers in Europe to join the Action Day on 30 January 2014”.